In November 2012 I was given the most amazing opportunity to travel to China for a month long burlesque contract with fellow performer Anna Fur Laxis!

This really was a dream come true for me… China is somewhere I’ve always wanted to visit and Anna is a performer I have always respected & admired who inspired me to first don the nipple tassels back in 2008 after seeing her for the first time at The Cats Pyjamas.

So after weeks of preparation, creating new acts, revamping costumes, and stocking up on the essentials (Yorkshire tea bags, Cadbury chocolate, Christmas puddings, a selection of Christmas DVDs, Advent calendar, 2kg of pink glitter, 4 rolls of tit tape and enough false eyelashes for the entire cast of Ladyboys of Bangkok!) it was finally time to travel down to Heathrow for our 13 hour flight to Shanghai! 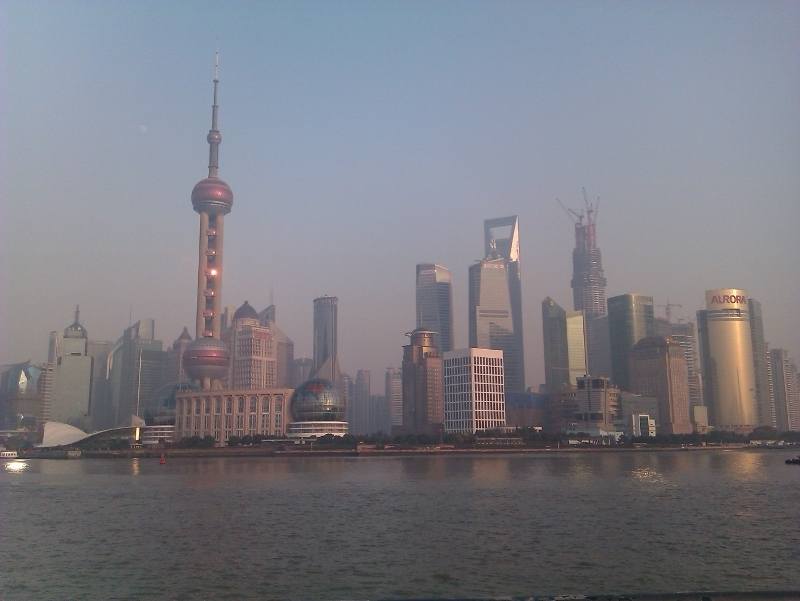 We spent the first few days rehearsing and getting over our jet-lag… by this me mean staying up til the small hours drinking Prosecco & getting to know the Shanghai night life! We found a fabulous bar called Vue which boats the best views in Shanghai and has a hot tub on the roof. Naturally we came prepared… 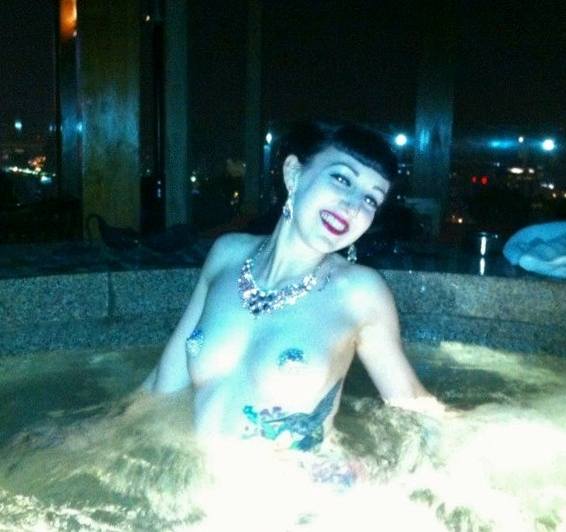 Saturday came along and we performed at our first show! We weren’t sure how it would go down… in China, what we do really is unheard of and ladies taking their clothes off in public are definitely taboo! However, we went down a storm!  The audience, though VERY shocked, absolutely loved it! 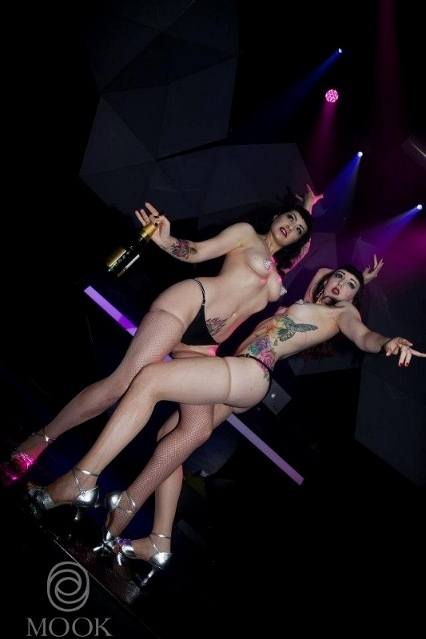 I was loving Shanghai – the shopping, the food, the spas and the nightlife were all fantastic! Anna and I were having such a good time, we decided to get a couple of souvenir tattoos! I had the word Dragon behind my ear in Chinese script and Anna had the word for Tiger in the same place. 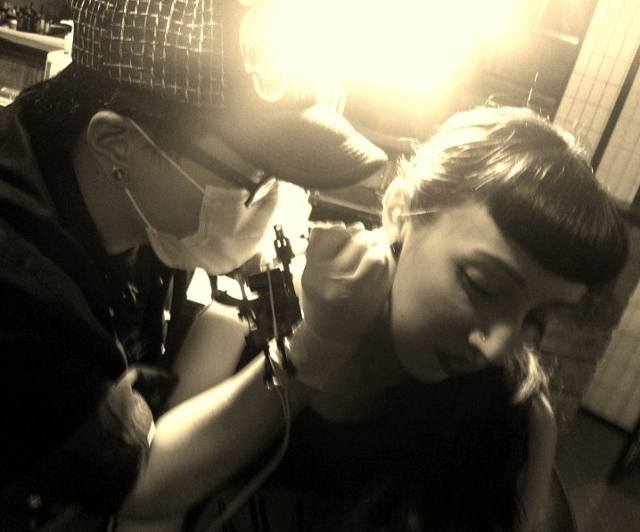 We went all the way to the top of the highest building in Shanghai – 100 floors up! 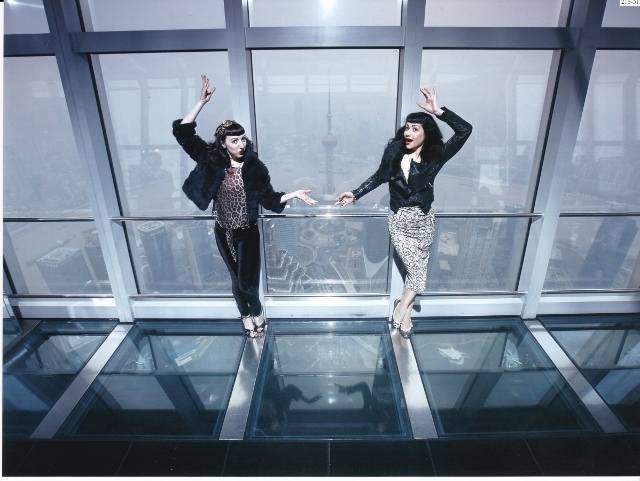 After a couple of weeks. I flew over to a city called Changsha for 10 days performing a fancy new nightclub. There I debuted my new act The Fire Imp on the craziest stage I’ve ever worked on! It had hydraulics to move it up & down, smoke cannons and a glass section in the middle that lit up! I even had my own security crew looking after me! 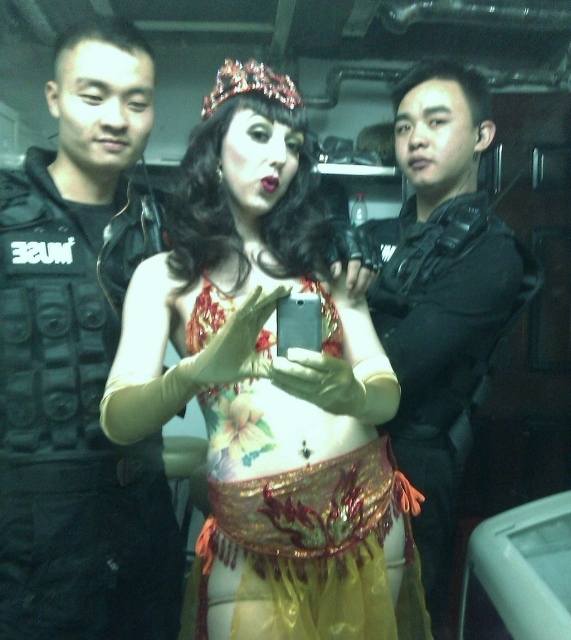 I was working with a Scottish girl group called Gurlesque and their manager Scott. They were absolutely lovely and crazy! I hope to work with them again one day! 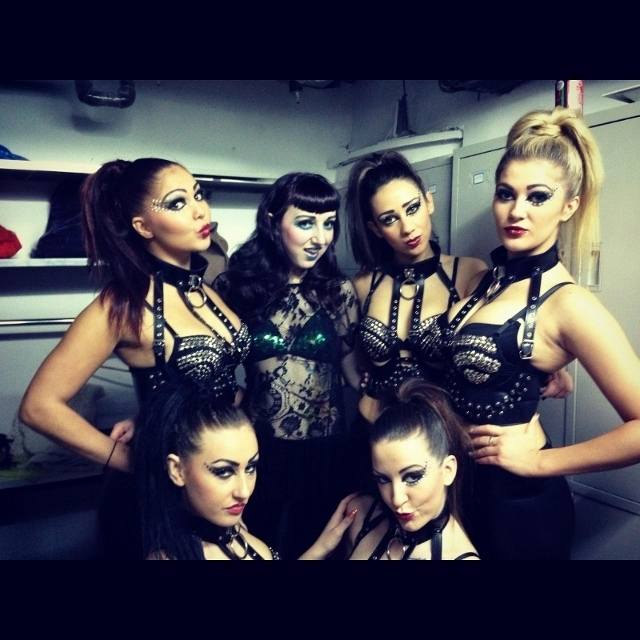 After Changsha, we travelled by high-speed train to another city called Suzhou! 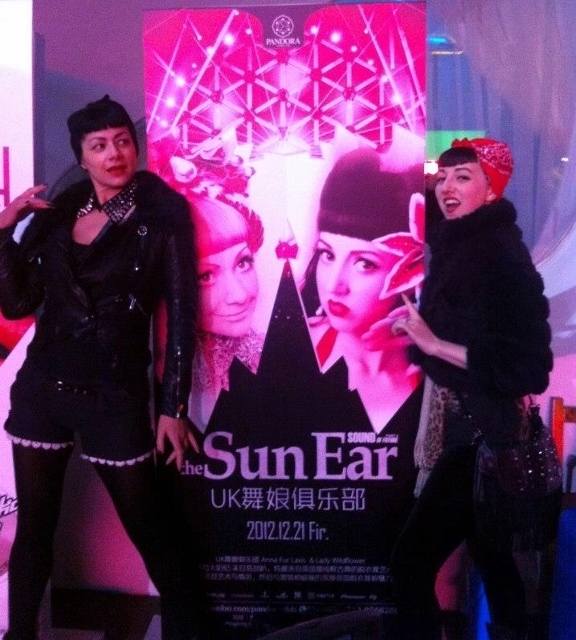 We LOVED this club! The audience were wonderful and the cross-shaped catwalk style stage, though challenging, was really fun to work on. We were well looked after backstage… 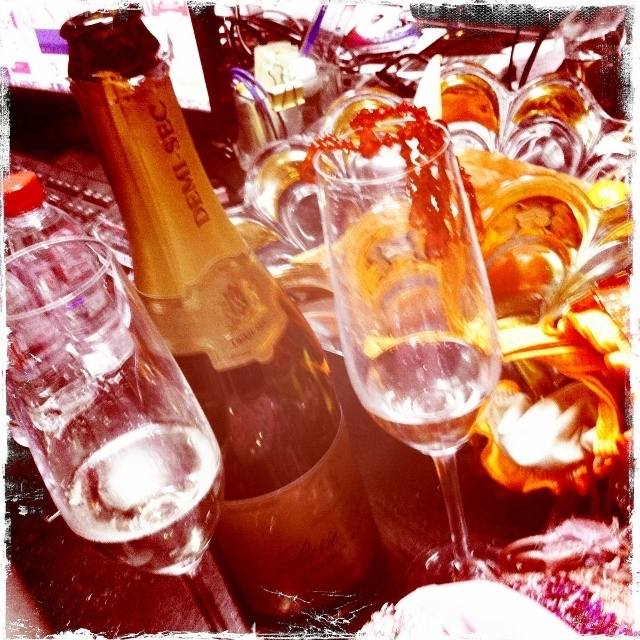 …and were given our own VIP table in the club after the show… we could get used to this! ;-)

After Suzhou, it was back to Shanghai for the rest of the trip. WE LOVE SHANGHAI! 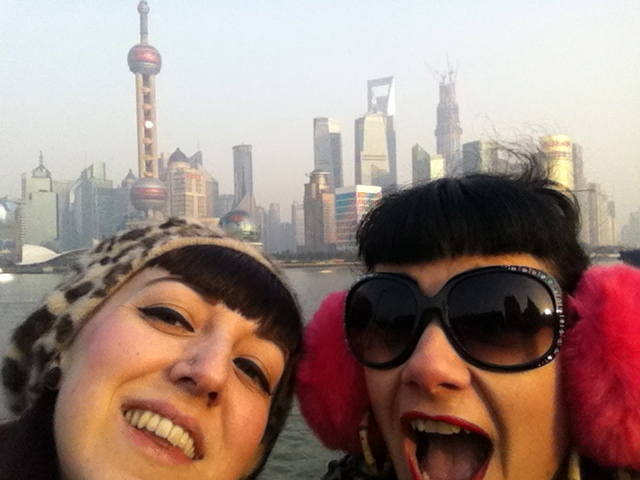 One of the biggest highlights of the trip for me was the day we travelled to Pudong for afternoon tea up the highest building in the city! WHAT A VIEW! 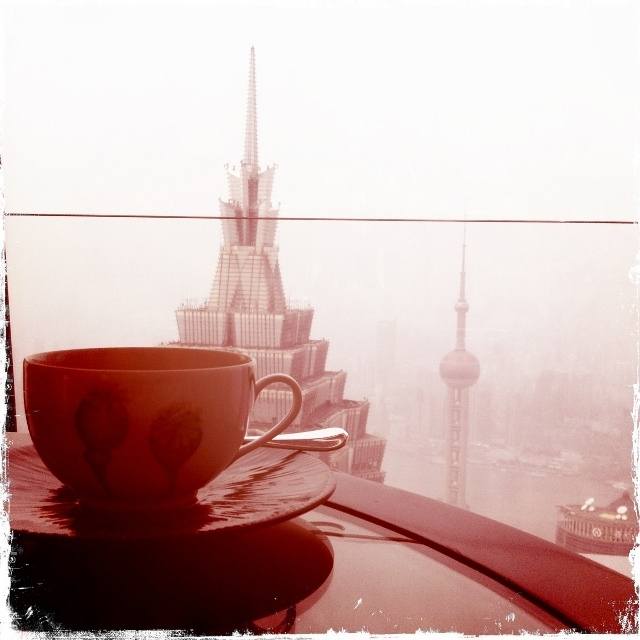 I felt like a princess in the beautiful lounge drinking tea and eating yummy sandwiches followed by mulled wine and Christmas cake! Bliss! 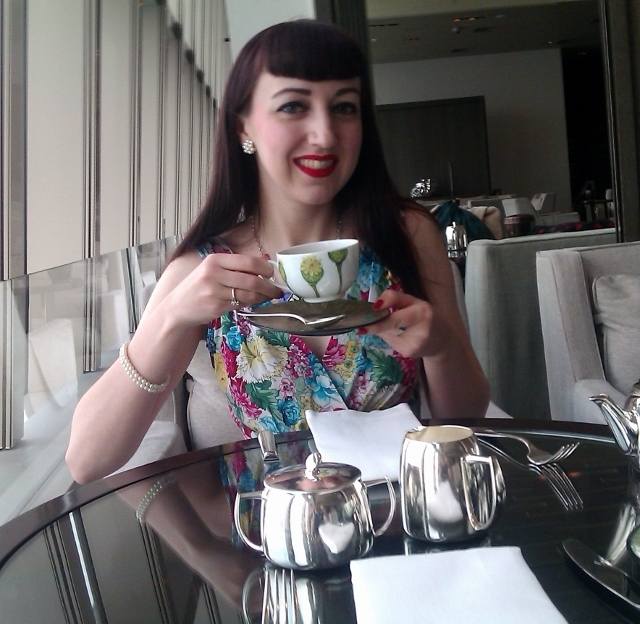 It was almost the end of our trip… but there was time left for Christmas celebrations!
We spent Christmas day watching White Christmas and Home Alone before heading out to our favourite club in Shanghai, Bar No. 88! It was VIP tables for us again and lots of yummy Mojitos!

What an adventure! I was sad that it had to end… but I was very glad to be back home for a proper Christmas dinner!